A significant part of Tacita Dean’s oeuvre consists of 16 or 35mm films. She has chosen to use film in part for the physical handling it requires, which relates more to drawing and sculpture, other mediums she uses in her work. The risk or chance associated with the use of such material also appeals to her: contrary to a digital camera that allows one to immediately see the results of a shot, celluloid film first needs to be processed in a laboratory. Over the course of time, Dean has also pioneered new techniques and thus, expanded the field; this has also enabled her to extend the range of images and effects she can produce. Her films are often screened in a loop, which induces a certain sense of timelessness, as the viewer does not have a clear notion of beginning or end in the narrative.

JG is titled after the initials of British author J.G. Ballard (1930-2009), with whom Dean enjoyed a long-running correspondence based on their mutual interest in Robert Smithson’s iconic earthwork and related film, Spiral Jetty (both works, 1970). This 35mm film combines, inside the photochemical film, frame footage of saline landscapes in Utah and California with a voiceover culled from various texts by Smithson and Ballard, including the latter’s 1960 short story The Voices of Time. The connections between Ballard’s fiction, which ends with its main character building a mandala in a dried saline landscape and Smithson’s earthwork in the Great Salt Lake, are unequivocal. While it is probable Smithson was aware of Ballard’s writings when he elaborated his famed work of Land Art, Ballard also published a text on Smithson’s masterpiece. JG is a meditation on time—human, prehistoric and cosmic—that also ponders the notion of landscape, and more specifically the loss of scale and a certain sense of timelessness one can experience in a desert.

The film also reflects upon humans’ alteration of natural settings, and the mysterious beauty that may result from this interaction in the landscape, which in this case is also toxic—most of the takes having been made in a potash mine. This particular aspect also echoes the dystopian quality of Ballard’s literature. From a technical standpoint, JG is shot using Tacita Dean’s recently developed and patented system of aperture gate masking. This labour-intensive process is analogous to a form of stencilling, and allows her to use different shaped masks to expose and re-expose the negative within a single film frame. This requires running the unexposed film through the camera multiple times, giving each frame the capacity to traverse time and location in ways that parallel the effects of Ballard’s fiction and Smithson’s earthwork and film.

He has held exhibitions at Tate Britain in London (2001), Basel Schaulager (2006), Solomon R. Guggenheim Museum in New York (2007), Nicola Trussardi Foundation in Milan (2009), MUMOK Vienna ), at the New Museum in New York, at Documenta (13) (2012), and at the Arcadia University Art Gallery in Philadelphia with his audiovisual project, JG (2013). Dean was nominated for the Turner Award in 1998, won the Hugo Boss Award in 2006 and Kurt Schwitters in 2009. His works are part of the collections of the Museum of Fine Arts in Canada; the Louis Vuitton Foundation, Paris; the MACBA, Barcelona; CGAC, Santiago de Compostela, Walker Art Center, Minneapolis; Solomon R. Guggenheim Museum, MOMA and Tate Britain among others. 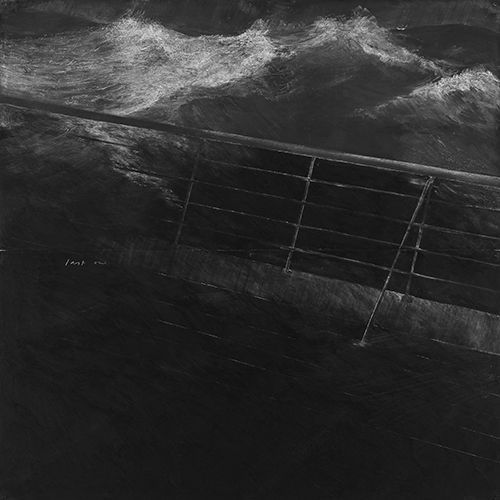