Juan Muñoz’s eerie characters seem to have escaped the stage of a theatre: they appear in the exhibition space as if they have been displaced, and retain a distance with the viewer like that of an actor performing in a play. Just slightly smaller than life size, they seem to have been caught in the middle of an action framed in time, like the petrified humans found on archaeological sites such as Pompeii and Herculaneum — in fact, their colour also evokes the ashes of the volcano that caught the inhabitants of those two Roman cities and framed them for all eternity. 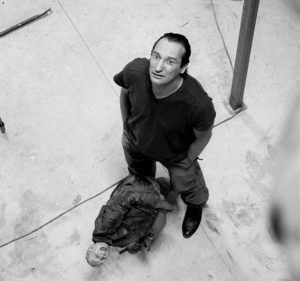 Considered as a benchmark in the renewal of contemporary sculpture. He forms part of the first generation of artists who reintroduced figuration into the art scene, and has also an extraordinary ability to devise narrations in atmospheres loaded with theatrical verve. In his work there is major tension between the unreal spaces and the tangible, with references to the world of magic, illusion and mystery. 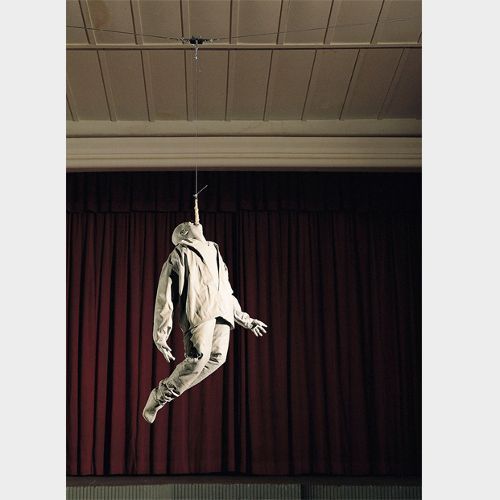