Centro Botín presents the first large-scale monographic exhibition of Carsten Höller (Brussels, 1961) to ever take place in Spain. The exhibition offers a perspective on the last decade of this internationally acclaimed Belgian artist’s work known for his continued investigation of the spectator’s experience, and how s/he completes the work by engaging with it.

Fourteen works, a majority of which have been produced for this exhibition, will be presented on the second floor of the new Renzo Piano-designed building.

The selection includes such iconic pieces as Y (2003) and Elevator Bed (2010), in which visitors will be able to spend the night, as well as High Psychotank (2015), in which the visitor will literally be able to immerse themslves.

The choice of Carsten Höller to inaugurate the new Renzo Piano-designed Centro Botín was informed by the foundation’s interest in the notion of art as an experience that results from the active engagement of the visitor with the work of art. Höller’s work calls for a more voluntary approach to the work of art, and thought of as a means to becoming more aware and alert, perhaps in order to take a more critical approach to reality as a complex construct.

While at first the title may sound deceptively simple, it is precisely the fact that it calls for multiple interpretations and that its signification is so complex that makes it the perfect symbol for a multi-layered experience.

Using the architecture of the space as its cue to define the structure of his show, Carsten Höller has chosen to echo the symmetry of an open space with two very large bay windows at each end, and create two separate courses, each ending with a dramatic view onto the city or the bay of Santander.

This idea of a split experience of the exhibition is quite emblematic of Höller’s ongoing investigation of the notion of double or duplicate, which also implies the obligation to choose. From the entrance, the visitor has to decide which path to follow, as the gateway to the exhibition is the famous Y, a work that was premiered at the Venice biennial in 2003. The sculpture, a passageway with one entrance and two exits, also lends it title to the exhibition: read as a sign of bifurcation, Y hints at the fact one needs to make choices in order to build one’s own experience of the exhibition. Furthermore, the letter Y, also known in Greek as “Upsilon”, has been referred to as Pythagoras letter, since the Greek philosopher and mathematician used it as an emblem of the path of virtue or vice. The same letter is also used in various scientific fields as a symbol, and as such heralds the scientific and experimental nature of the artistic research carried out by Höller throughout his career.

Indeed, Carsten Höller was trained as a scientist and holds a doctorate in agricultural science, specialising in the area of insects’ olfactory communication strategies. In the first stages of his artistic career – until 1994 – he continued to work as a research entomologist.  A key protagonist of a generation of artists whose research is grounded in what is sometimes referred to as “relational aesthetics”, Höller elaborates his work as interfaces to trigger an experience: while their sculptural quality is undeniable, it is the way the visitors engage with his objects that finishes the work. As if in a laboratory, they activate the work as would a scientist with an experiment, and then observe the result of their own interaction. The perceptual shift induced by each work is essential in the creative approach of an artist who has investigated among others things the effect of light waves, absorption of chemicals on his brain activity, and the consequences of his public’s perception of the world that surrounds them.

The effect of flickering on brain activity is for instance at the source of 7.8Hz, an intervention on the lighting system of the public park surrounding Centro Botín. Flickering was monitored and explored from as early as the 1920’s in Germany and led to the invention of electroencephalography. The title – 7.8 Hz – refers to the specific flickering frequency that is used in the work. Known as “Schumann Resonance”, it corresponds to one of the electromagnetic fields of the earth, and also happens to be a very powerful frequency to use with brainwave entrainment; it stimulates human growth hormones levels and cerebral blood flow, which induce a state of deep consciousness. The same flickering effect is used inside the exhibition for Light Corridor, the most recent instalment in a series of works developed by the artist using the 7.8Hz frequency.

Also in the exhibition are new iterations of Swinging Curve (2009) and Swinging Spiral (2010), two tunnel-like structures that hang about one centimetre above ground, and whose slight movement alters one’s perception of the space. Seven Sliding Doors (2016) is another tunnel structure that consists of seven automatic doors, each mirrored on both sides, and installed at equal distances. One proceeds down the mirrored corridor, as doors open and close, one after the next, thus amplifying and reducing a space wherein one’s reflection is multiplied.

Based upon experiments carried out by the military on sensorial isolation, “High Psychotank” (2015) consists of a tall structure that contains a tank filled with water at body temperature saturated with Epsom salt; resting in that saline solution, the human body reaches a degree of full relaxation difficult to attain otherwise.

Besides the duality of the exhibition’s structure, the notion of duplicity or double permeates the work of Carsten Höller, and “Twins” exemplifies this interest. Started in 2005 in Tokyo, the work has been growing since, as each time the work is restaged, a pair of local identical twins is added. The Santander version features video recordings of young women from nine different countries. Presented on monitors placed in the shape of a corridor, each pair faces each other and speaks out a sentence in their own language each saying the opposite of the other.

While the notion of double is key to Carsten Höller’s work, a series of his works explores the antagonistic notion of division. Division Wall, installed for the first time in 2010, used the mathematical formula to paint a wall by splitting it in fragments that are each a half of the other. The structure of “Platform” is determined by the same principle: each moving circular part inserted in the metal slab is a half of the other; by stepping on one of them, a viewer can activate its rotation, and potentially change the course of her/his visit.

Returning to his interest in behavioural science, Carsten Höller has often worked with birds, more specifically with canaries. “Canary Scale” is the latest iteration of this research. An equal number of canaries or two different species are held in two equally sized cages that are linked to each other by a scale, hanging from the ceiling. Both aviaries are also similar in design, weight and features. The needle and dial at the main suspension enables the visitor to read whether the two elements hang at the same level, or if the movements of the birds have altered the equilibrium. One is drawn to observe the differences between the behaviour of the birds in each cage: their song, their flight pattern, etc.

Carsten Höller will also direct a workshop at Villa Iris with an international group of fifteen young artists – an ongoing programme Fundación Botín initiated over two decades ago.

Fundación Botín wishes to acknowledge the kind collaboration of Inelcom and Colección Olor Visual, two visionary Spanish companies whose knowhow have enabled the artist to carry out the production of two new “experiments”. We are also grateful to the Hayward Gallery (London) and Thyssen-Bornemisza Art Contemporary (Vienna) for the co-production of two works in the exhibition.

Carsten Höller was trained as a scientist and holds a doctorate in agricultural science, specialising in the area of insects’ olfactory communication strategies. In the first stages of his artistic career – until 1994 – he continued to work as a research entomologist. A key protagonist of a generation of artists whose research is grounded in what is sometimes referred to as “relational aesthetics”, Höller elaborates his work as interfaces to trigger an experience: while their sculptural quality is undeniable, it is the way the visitors engage with his objects that finishes the work. Höller has investigated among others things the effect of light waves, absorption of chemicals on his brain activity, and the consequences of his public´s perception of the world that surrounds them. 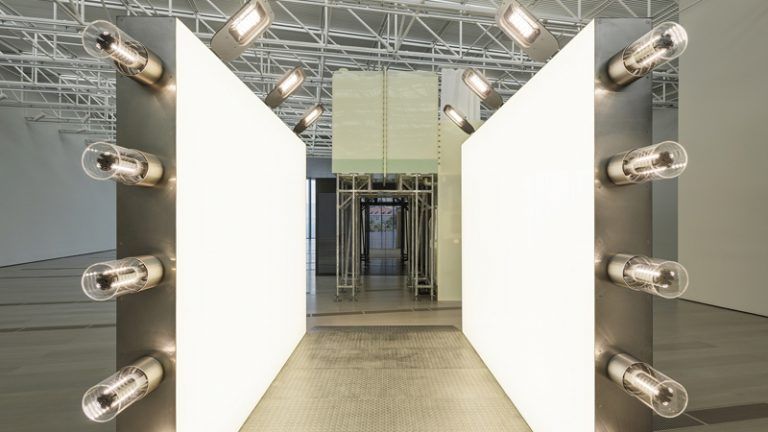 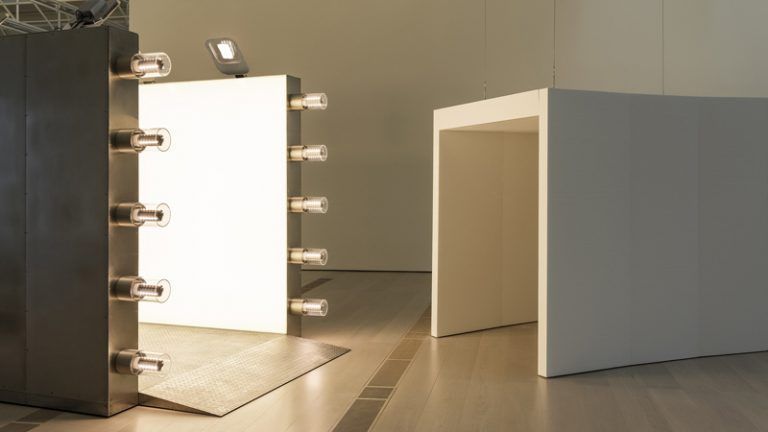 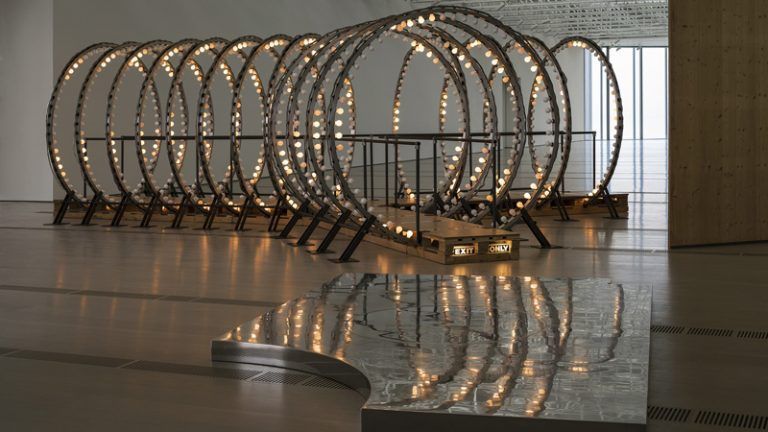 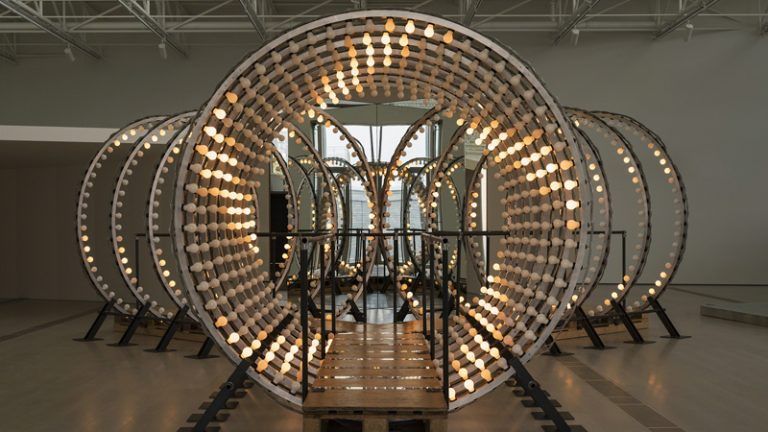 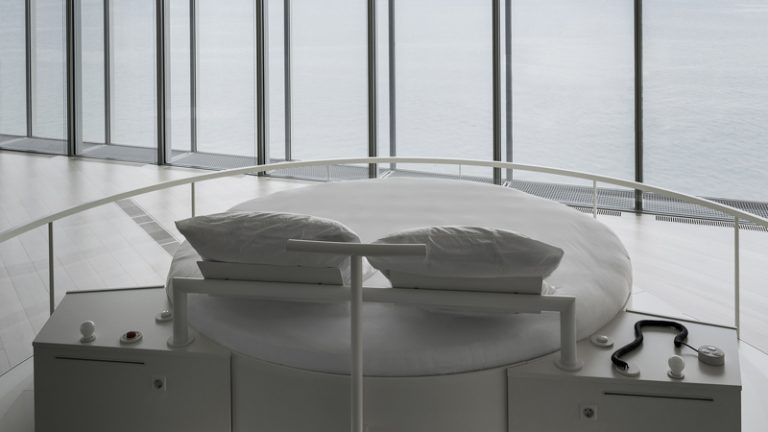 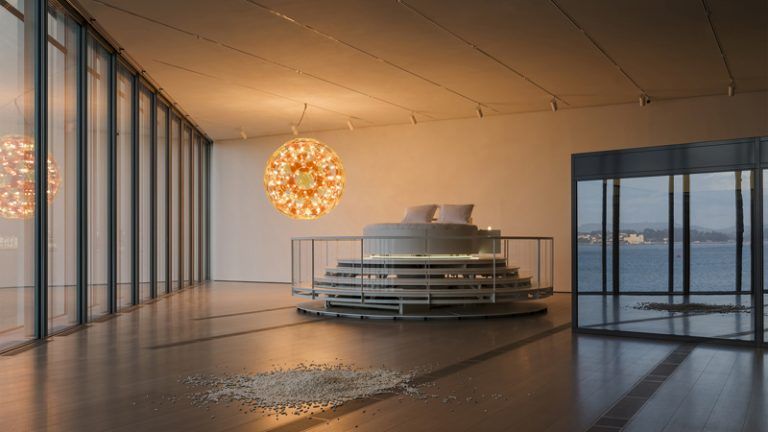