This exhibition brings together a selection of works by artists who once directed a Fundación Botín visual arts workshop and exhibited their work in Santander, as well as some by former recipients of the foundation’s visual art grants. It explores the influence of architecture on art, and offers reflections on how architecture also shapes human lives and structures social interaction.

The histories of art and of architecture are intrinsically linked. Over the course of time, artists and architects have collaborated, the former painting frescoes and/or producing wall reliefs and sculptures inside buildings imagined by the latter. The advent of the museum — a public space whose sole function is to collect, conserve, and present art —modified the dynamics of that relationship. Indeed, if the building becomes the repository of the work of art, the question of its importance as a context becomes more salient. This is even more so when an architect of renown conceived the building for that purpose, as is for instance the case with Centro Botín.

Architecture into Art: a Dialogue is the first exhibition to engage in a dialogue with the Centro Botín building, which has become an instant landmark on the Santander waterfront from the moment it opened in 2017. It also addresses the somewhat ambiguous relationship artists maintain with the architects who fashion the space in which they present their work; and the no-less ambiguous status of “starchitects”, who are often regarded as artists.

Many works in this exhibition are formally indebted to the philosophy of Minimalism. In many instances, the artists only worked on the concept, while having fabricators carry out the execution of their works. Such is clearly the case with Carsten Höller’s Seven Sliding Doors Corridor, which uses materials and electronic mechanisms to generate a quintessentially modern physical experience. Anri Sala’s No Window No Cry (Renzo Piano & Richard Rodgers, Centre Pompidou, Paris) consists of a full scale replica of a bay window found at the famous Paris museum, which, when placed at Centro Botín, offers a reflection on the point of view.

Miroslaw Balka’s hollow triangular shaped structure evokes the entrance to another space, perhaps to a mine. The naked light bulb that illuminates the inner part of the structure immediately switches off as the visitor approaches to enter this narrowing corridor. Patricia Dauder’s Floor, which consists of weathered pieces of parquet slats and a piece of paper, evoke a fragment of some abandoned building, but also a work of Minimal art. Jorge Méndez-Blake uses bricks to construct two tower-like structures that dramatically stage a book of symbolist poetry, functioning as oversized bookends of sorts.

If some artists choose to create sculptures that borrow directly from the linguistic structure of architecture, others elect to address issues that seem to pertain more to ornament, perhaps reflecting upon the status of the work of art in a building. Indeed, architects may carry out the finishing of a building themselves; however, they are often the result of a collaboration with decorative or fine artists. Some works in this exhibition evoke the great tradition of fresco paintings and monumental sculpture, integral to the history of architecture. Carlos Bunga has for instance chosen to house a three-dimensional painting on cardboard in a vitrine, recessed in the wall of the gallery. Sara Ramo follows suit with two works that formally evoke decorative arts – one being a wall insert and the other a column of monumental proportions.

Martin Creed’s wall piece creates a perceptual distortion of the space, using coloured painting and mirror, two materials used traditionally in ornamental crafts. With All of a Tremble (Encounter I), Anri Sala takes his cue from the process of semi-industrial wallpaper production to create a musical instrument – actually made from rollers once used to produce the painted patterns. The structure of Leonor Antunes’s diaphanous hanging mesh metal scrim is inspired by patterns found in traditional weavings from Oaxaca (Mexico).

The work of Modernist architects has inspired a series of works by Juliâo Sarmento, who trained as an architect before turning to art. Also trained as an architect, Carlos Garaicoa has been using architecture as a means to reflect upon the state of decay of Cuba, his homeland. Combining the architectural structure of advertising billboards with the language of propaganda, he creates collages that restore integrity to otherwise decrepit buildings. The installation, consisting in eight light boxes and a large table covered with graphic designers cutting boards, is in and of itself an architectural construct of sorts.

Juan Navarro Baldeweg, who has been a practicing architect, has concomitantly been carrying a formal research in the field of visual arts. While painting of interiors is a long-standing tradition, his pair of diamond-shaped works depict a subject matter that appears more like a blueprint than an actual place of living. The human figure also takes the guise of a decorative element, used as a means to render a sense of scale.

A similar, although more conceptual approach, informs the work of Fernanda Fragateiro. Her installation consists of three elements, all related to Alison and Peter Smithson’s “Robin Hood Gardens” social project, a building that was once emblematic of the Modernist utopia, and then exemplified its shortcomings. The structure of the oversized wall relief replicates the one of the building’s gigantic façade and points to how an over-rationalizing of residential spaces may fail to take into consideration the specific needs of each dweller. In a way, Fragateiro questions the purposefulness of the modernist utopia, almost equating it to conceptual sculpture.

This critical approach to architecture as construct also informs the work of Muntadas. Cercas (Fences), a series of 12 photographs, is a display of gated access to private homes in residential areas in São Paulo. It reflects upon the way citizens somehow create an enclosure when trying to keep people outside their property. Thus, the notion of security is reversed, as the home turns into a prison of sorts.

Also reflecting upon the importance of architecture as a frame for social structures and interaction, Julie Mehretu has often referred to architecture in her work, using architectural drawings and silhouettes of building as a base for many of her compositions. This polyptych of engravings belongs to a group of works the artist carried out related to the destruction produced by the civil war in Syria. 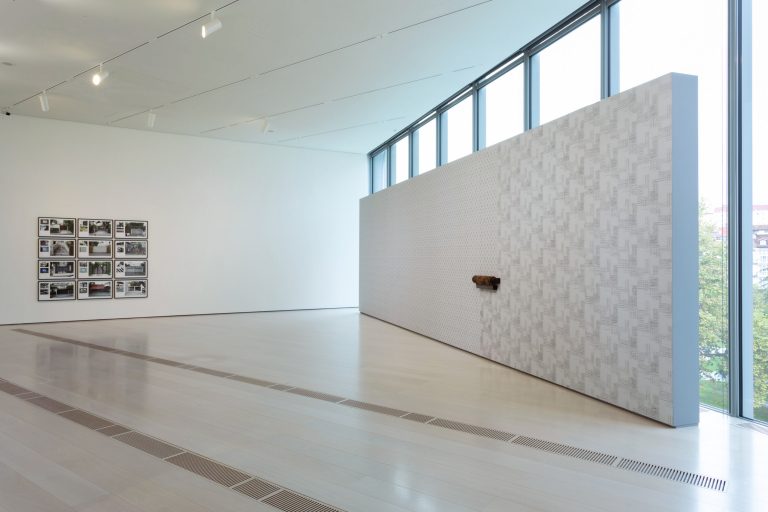 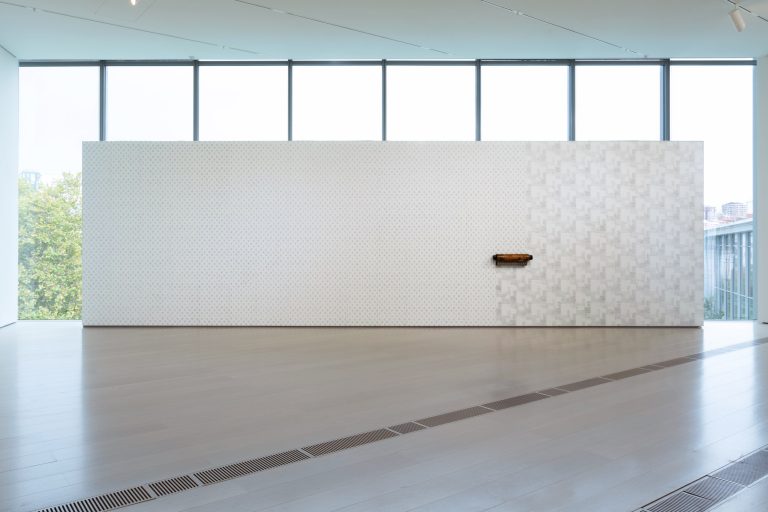 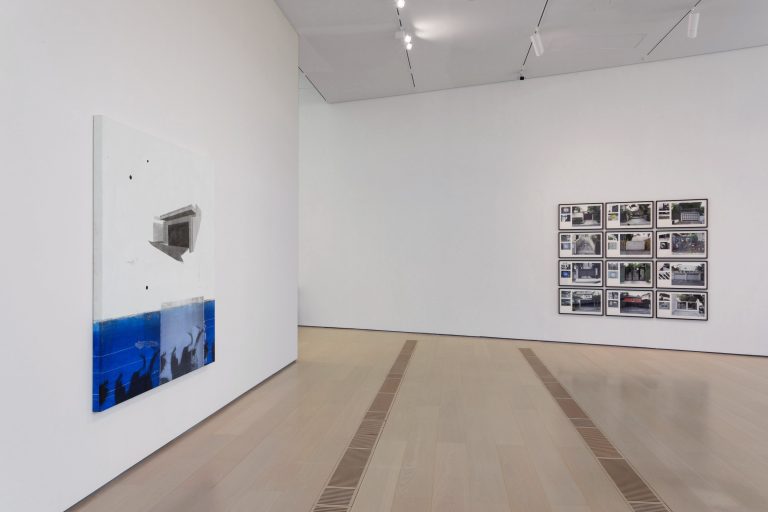 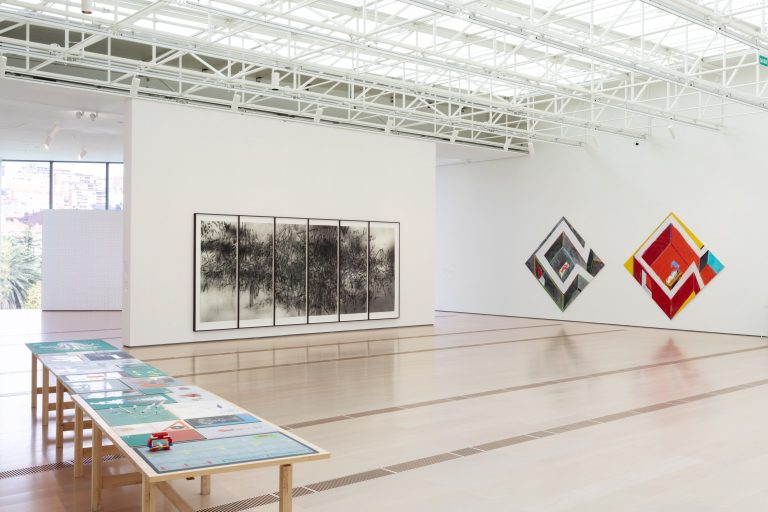 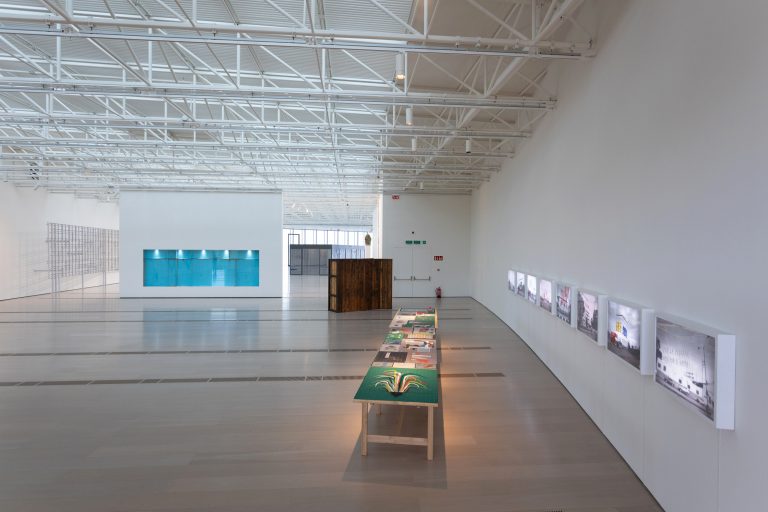 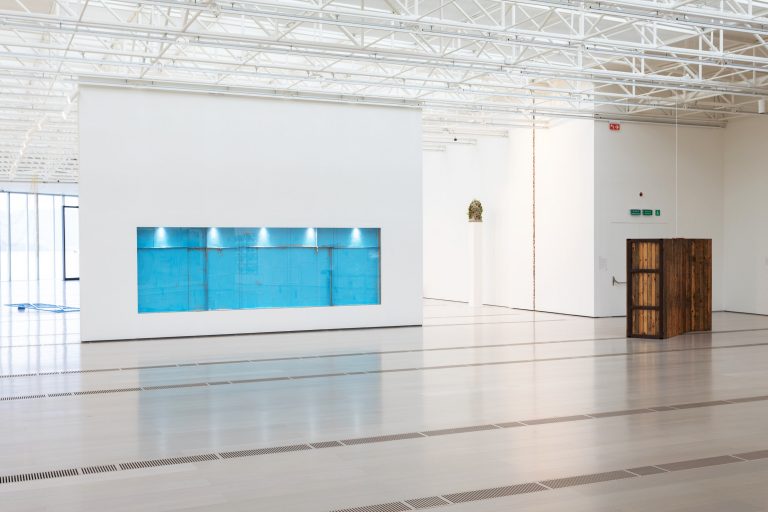