The exhibition Damián Ortega: Expanded View brings together for the first time the suspended works of the Mexican artist. Nine sculptures that leave their pedestal behind and float in the exhibition space.
Each of the sculptures encapsulates different visions of the world shaped by technology geology, architecture and literature.

The work of Damián Ortega (México, 1967) is influenced by his beginnings as a political cartoonist, his self-education and his close exchanges with other Mexican artists of his generation.

Ortega sees public spaces as political spaces and sculpture as a mental space, an action or an event that may have deep repercussions in our daily life. His critical and humorous approach leads him to question the way we see, inhabit and relate to objects, spaces and organisms that surround us.

Cosmic Thing (2002) is the first ‘bigbang’ that Damián Ortega made. It is a Volkswagen Beetle that has been disassembled, its pieces separated and suspended from the ceiling, like the skeleton of a large mechanical mammal from the industrial age. It was the most common car in Mexico City and became a symbol of the democratisation of consumption, as well as grassroots knowledge, because its components were exchanged on the scrapping black markets.

Controller of the Universe (2007) is made of hundreds of suspended second-hand tools. The title is a reference to a famous mural by Diego Rivera, Man at the Crossroads (1933), which shows a worker in a factory controlling a large machine as the centre of technological, artistic and scientific development.

Hollow/Stuffed: Market Law (2012) built with reused bags, metal and salt, this submarine contains a large plastic bag with a ‘blood wound’, a small hole through which the content that fills it (salt) pours out and forms a mound on the ground. Ortega relates this work with a consumer good that is extracted and commercialised from one place to another, with no consideration to its impact in its place of origin, as it happens with cocaine.

Harvest (2013) is a three-dimensional ‘alphabet’ made of steel forms for construction that have been twisted and suspended from the ceiling. Each shape is illuminated generating two-dimensional  shadows on the floor, creating a fine calligraphy of each letter. This piece is based on the handwriting of Damián Ortega’s mother and forges a conceptual relationship with the expression ‘mother tongue’.

Volcano (2013) consists in a double-mirrored wedge made of a collection of small red tezontle stones, a volcanic rock used in Mexico for building, while the upper part is made of tiny coloured mirrors. The piece represents a volcanic explosion expanded into three dimensions.

Journey to the Centre of the Earth: Penetrable (2014) dissects the image of the globe via several layers of materials, shapes and colours. The work challenges the idea of sculpture as monument by fragmenting it into thousands of pieces, thus stripping it of its solidity and removing its pedestal to wittily avoid the heroic position of the monumental.

Stardust (2016) is made of natural and synthetic materials that are combined at different heights and distances creating a kind of ecosystem extending out from an epicentre. Ortega defined the characteristics of what he wanted to create and then headed to the streets to find it. ‘The goal was to find something that was a mix of things that were no longer anything… Like a black hole that has swallowed the objects, which no longer have a useful purpose yet still survive.’

Warp Cloud (2018) represents the chemical structure of a drop of water through spheres that symbolise hydrogen or oxygen molecules. The piece also refers to the weaving tradition of Oaxaca, where the intersection of vertical and horizontal threads signifies the encounter between heaven and earth.

ALIAS is a project by Damián Ortega that seeks to publish fundamental contemporary art texts that are now out of print or were not translated into Spanish, as well as texts written by artists.

The exhibition has its own catalogue jointly published with La Fábrica. This includes a critical theory essay by Peio Aguirre, nine poems by Rafael Toriz and Damián Ortega’s interview with Roberta Tenconi. It contains images of every work on display together with sketches and further details.

Damián Ortega (Mexico City, 1967) began his career as a political cartoonist. He joined Gabriel Orozco’s workshop Taller de los viernes from 1987 to 1992. In 2005 he was nominated for the Hugo Boss Prize and in 2007 was nominated for the Preis der Nationalgalerie für junge Kunst. Similarly in 2014 he received the Smithsonian Artist Research Fellowship from the Smithsonian Institution and in 2006 he made an artistic residency at Deutscher Akademischer Austausch Dienst (DAAD) in Berlin. Damián Ortega lives and works in Mexico City. 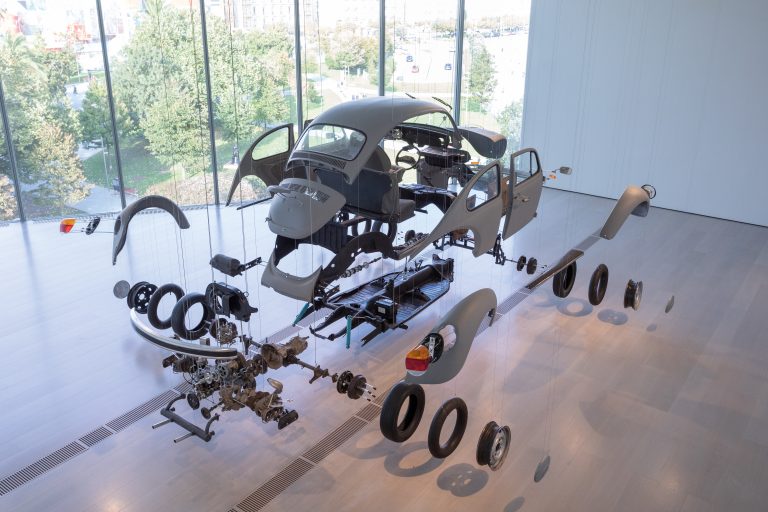 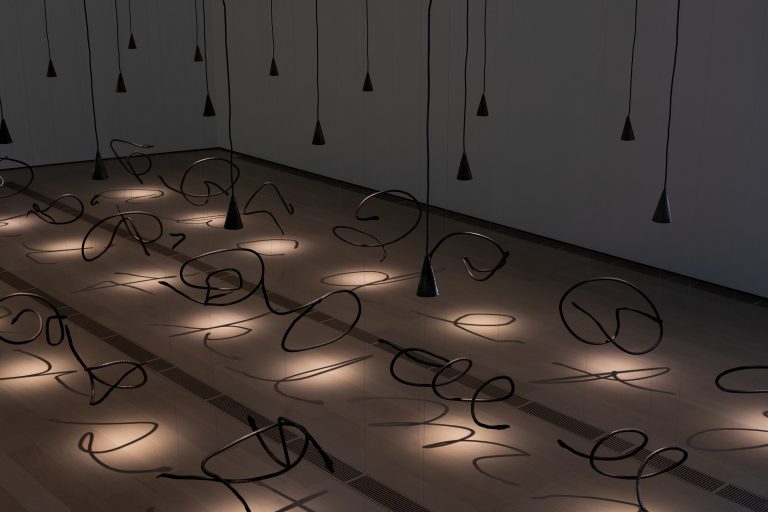 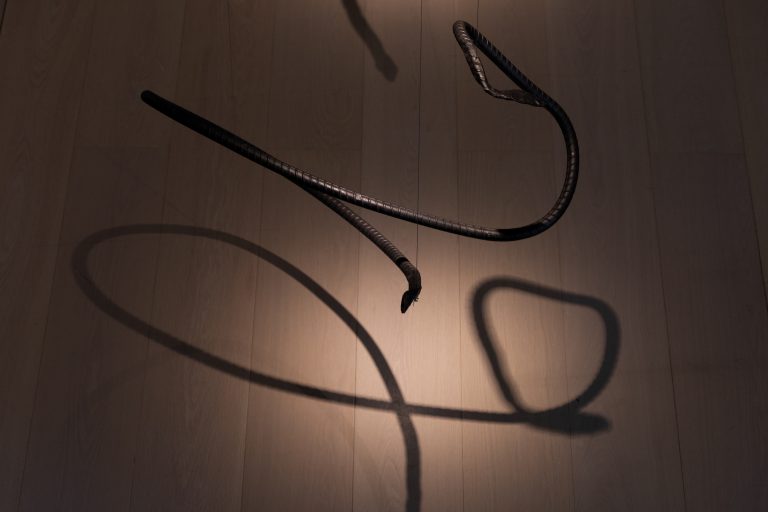 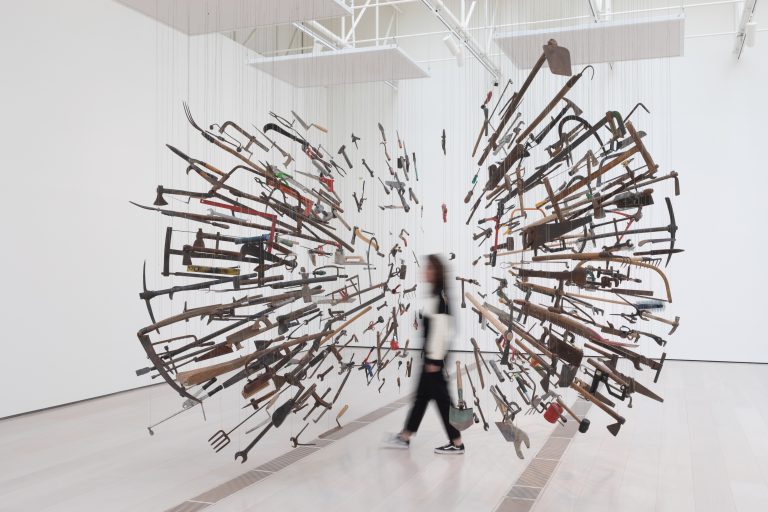 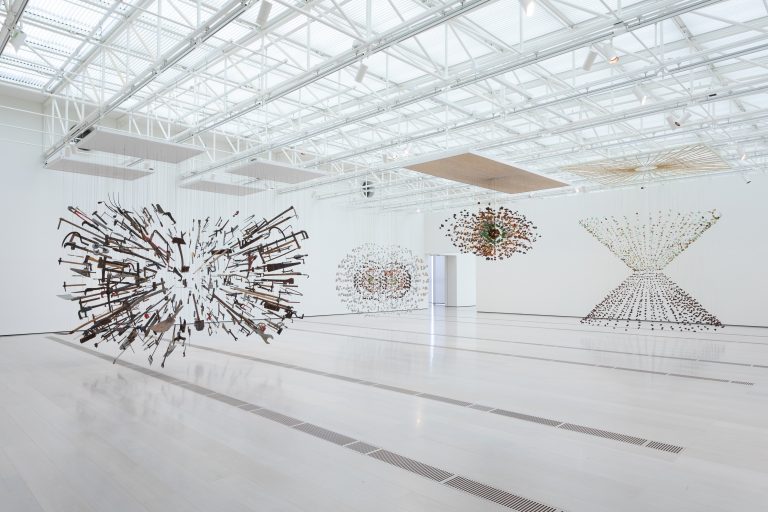 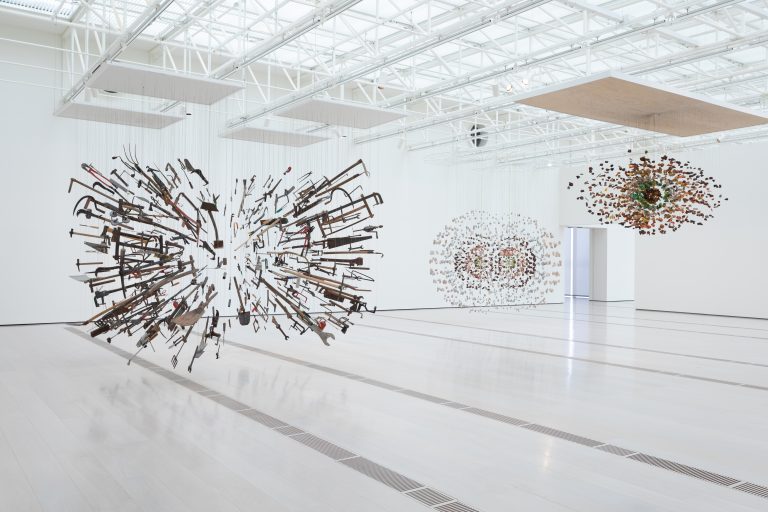