Juan Uslé unfolds his painterly work in series, or —as he would say— families of works. The Manthis paintings are named after the homonymous insect, known for practicing sexual cannibalism – females devour the males during copulation. These works share a geometric structure, upon which the artist then paints more organic forms. Uslé thinks of these works as sites of friction between two kinds of abstraction: a more ascetic, rigorous one perhaps exemplified by Mondrian; and a more lyrical one, which would refer more to the work of Miró. The two confront each other in the space of the canvas. Uslé thinks of this formal tension as a metaphor for his split lifestyle. Indeed, the artist spends about one half his time in the quintessentially urban New York, and the other in a small village in Cantabria. The Manthis express the tension and friction that exist between the two lifestyles and working conditions: the orderly grid of the city is somehow defied by the formal freedom of nature. The title of this work further stresses the idea of conflict, as the first two syllables evoke the biological process of phagocytosis – when a cell absorbs another element. 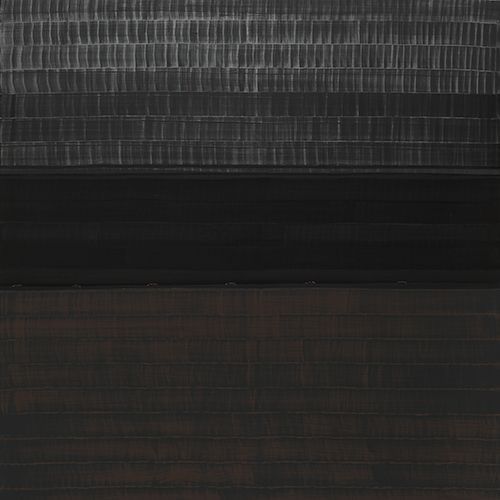 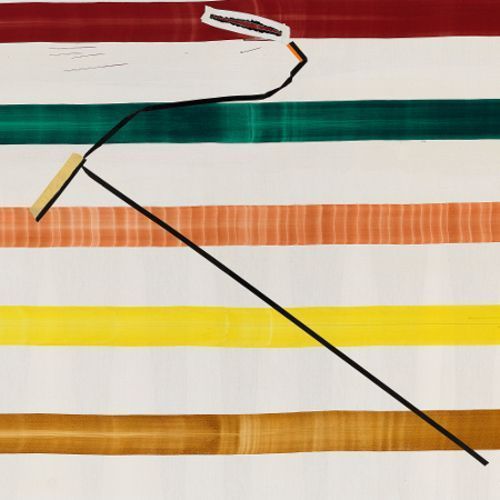 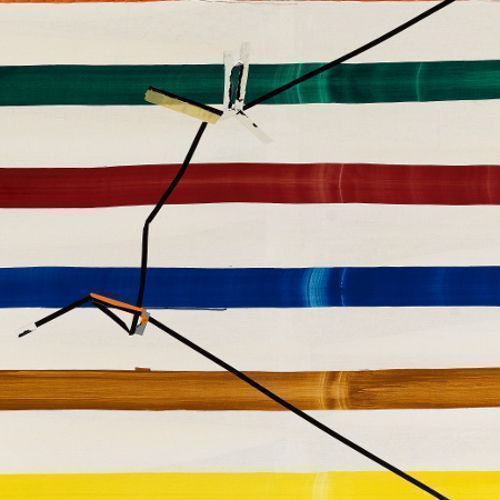